"From the Source to the Burner Tip"

Your Trusted Advisor Since 1946 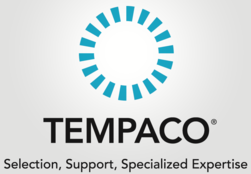 At Tempaco, keeping our partners success at the forefront of our daily operations has proven to be a winning formula for everyone. We know our products, and we know our customers.

Our president and ceo - maria robinson

Mike has been employed with Tempaco since 1999. He began his career with Tempaco as an inside sales person. He was later promoted to branch manager of the Orlando location. In 2009, he assumed his current position as Operations Manager.
Personal: Mike is a true Floridian, born and raised in Ocoee, Florida. He graduated from West Orange High School in Winter Garden, Florida before attending the University of Florida. He worked in retail sporting goods management for 5 years before joining Tempaco. Mike married his lovely wife Denise in 1997. They have a great son, Austin.

Jim has been a part of the Tempaco family for 26 years. Jim began his career at Tempaco at the counter, working his way up through sales to his current position. He specializes in Sales and Marketing.
Personal: Jim was born and raised in the Upper Peninsula of Michigan where he graduated from Negaunee High School and Northern Michigan University. Jim is married to his lovely wife Alice of 25 years. They have two sons, James and Justin. Jim loves all sports and enjoys the outdoors and traveling. He is also an elder at their local church.

Neill started  his career at Tempaco in 1982, working at the sales counter. He relocated to Orlando from North Carolina.
Education: Neill graduated from the University of North Carolina at Charlotte with a Business Administration Degree. he received a Certified Purchasing Manager Diploma from the National Association of Purchasing Management in 1988.
Personal: Neill married Cammie Pawlack in 1982. They have three sons, Bradley, Zachary and Hayden. Neill is active in many activities at Trinity Baptist Church in Apopka including teaching youth Sunday School; he is also a member of the church orchestra. He also participates in all adult mission team activities. He is active as a volunteer with the Apopka High School Marching Band and Orchestra program. He loves many sports activities and reports that he spends way too much time playing video games.​

Maria is the President and CEO of Tempaco. She started at Tempaco in March 1979 as a Kelly temporary employee in the accounting department. She finished her education while working for Tempaco. She was drafted as President in April 1998.
Education: Maria is a graduate of the University of Central Florida with a Bachelor of Business Administration in Accounting. She received an Associate Degree in Science and one in the Arts from Valencia Community College. She also received a Certificate in Human Resources from Rollins College.
Personal: Maria is a Naturalized US Citizen born in Havana, Cuba. She married her high school sweetheart, Allen Robinson in June 1969. They have three sons, Sean, Jeffrey and Ryan. They also are the proud grandparents of eight grandchildren, Dustin, Christian, Cassandra, Marissa, Dylan, Korey, Ryan and the youngest Emma. Both Maria and Allen enjoy their grandchildren, as well as, their many pets. They have two dogs, six cats, five pygmy goats, a saltwater eel and many other tropical fish. Maria enjoys reading and solving all kinds of puzzles including crosswords, sudoku and jigsaw.

Jon has been employed by Tempaco since 1998. He began working in the Natural Gas Industry for a utility in the state of Florida selling natural and propane products and services both residentially and commercially.
Personal: Jon was born in Abilene, Texas. He attended Highland Park and Thomas Jefferson High Schools in Dallas, Texas. He served in the United States Navy as Operations Specialist aboard the USS Forrestal CV59. He attended Hillsborough Community College. Jon is the proud father of three great children, Daniel, Sean and Haley. He enjoys golf, tennis and reading. Jon's favorite quote is "Great spirits have always encountered violent opposition from mediocre minds" (Albert Einstein).

Bringing the finest industry products to

our partners, along with the support and

training needed for a successful business.

Continually striving to be the value-added distributor you've come to expect.

Since 1946 we have been providing

expertise for our customers in the Southeast and beyond.